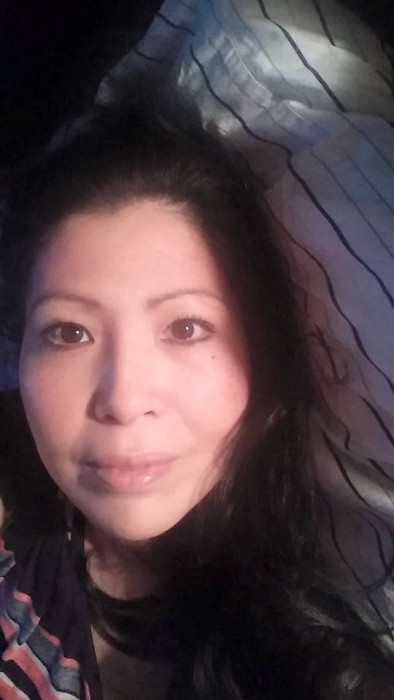 Sandy Becerra-Ortiz was a vibrant soul and embraced life with open arms. The world loved her, and in turn, she loved the world. Many people picture a beautiful, friendly face when they think of her and can always recall a happy memory with her.

She touched many hearts in her lifetime and the world is, no doubt, less colorful without her here.

Sandy was born on April 6, 1969 in Seoul, South Korea. Her father was in the Army, so she along with her family, moved around frequently until settling in Killeen, Texas in 1982. There she finished middle school and high school, graduating at Ellison High School in 1988.

Sandy found love again, and during the relationship, she had her son Zachary Ryan Rose (now 17).

Upon returning to Texas in 1998, Sandy pursued a career with American Airlines where she worked for 10 years and was quickly promoted within her field. She was bilingual in English and Korean, and was excellent at anything she set out to achieve. Within those years she made many friends and traveled the world.

When her father passed away in 2003, she transitioned into the role of caretaker for her mother and  stay at home mother for her children.

Sandy loved her family and went above and beyond to ensure everyone was taken care of. If she had a house full of guests you would see her in and out of the kitchen, never siting still, ready to serve anyone seconds and thirds of her amazing cooking. She was always a gracious host.

Sandy became a grandmother for the first time in 2016 and again in 2017. As her family grew, she was constantly making plans to have everyone come together to create memories. When her family was together Sandy loved to reminisce on memories and shared her life lessons with those she loved. She had a way of making you wish you could have been with her as she told her stories. Most of Sandys stories centered around her three boisterous boys who she loved dearly.

Sandy proudly watched her youngest son Zachary graduate high school last month and finally met her youngest granddaughter Aria (Michael's daughter) for the first time. Sandy bragged to everyone who would listen about all of her sons' achievements, from Michael buying a house, John becoming a police officer,  to Zach's future after high school.

Sandy left her mark on everyone she encountered. She can still be remembered as the beautiful cheerleader in middle school, the fun to work with co-worker at AA, to the devoted mother, daughter, sister and friend. She left everyone with a smile. Sandy loved country music, enjoyed reading, cooking, puzzles, and crime TV.

Sandy was preceded in death by her father Johnny Becerra.

Sandy will truly be missed but her legacy lives on within all of us.