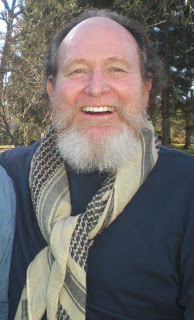 Donald R. Chase, Jr., 74, of Alma, NY, died Friday, September 27, 2019 in his home. Born May 29, 1945, in Richmond, VA, he was the son of Donald and Daisy Victoria Arnold Chase. On March 16, 1989, he married the former Donna J. Ziegler, who survives. A graduate of Seoul American High School, he served honorably with the US Army from 1965 - 1968. He was employed as a Police Officer in Baltimore, MD and as a Sheriff’s Deputy in Howard County, MD. Donald was a 32nd Degree Mason in Howard Lodge #101 in Elkridge, MD, the Chaplain for the Howard County Sheriff FOP Lodge #131, and belonged to the Boumi Shriners. Surviving besides his wife, Donna, are: two sons, Ethan Benjamin Chase of Buffalo and Samuel Irwin Chase of Ada, OK; a sister, Michelle Maricic of FL; nieces and nephews. In addition to his parents, he was predeceased by a sister, Donna Stang. Services will be held at a later date. Memorials may be made to the Baltimore Retired Police Benevolent Association, Attn: Daryl Buhrman, P.O. Box 935, Bel Air, MD 21014. Arrangements are entrusted to Mulholland-Crowell Funeral Home, Wellsville.  Online condolences may be expressed at www.wellsvillefuneralhome.com.